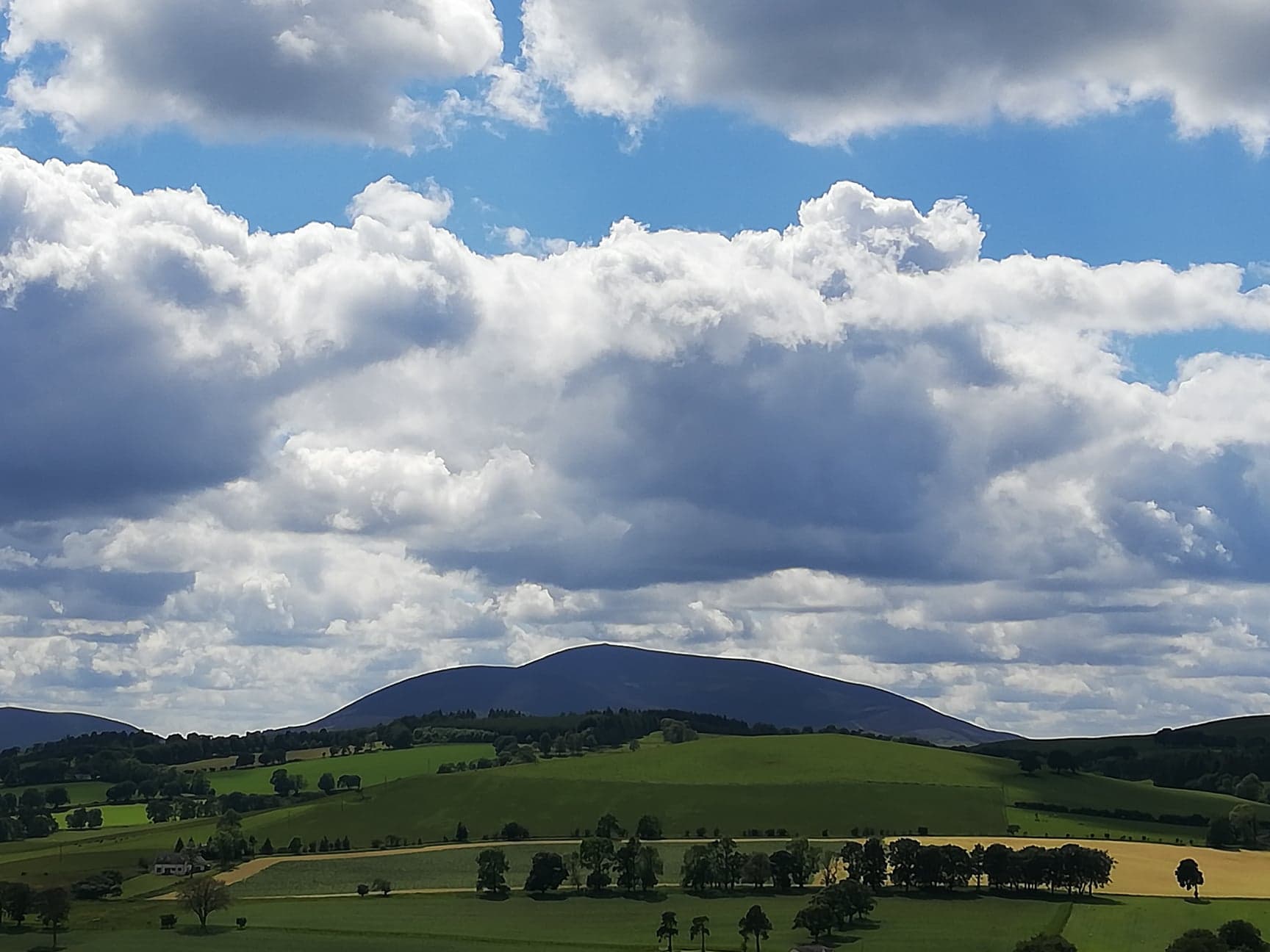 Recently, someone I know asked for advice about dealing with depression and low energy. Personally, I find that my daily meditation and yoga practice keeps me on an even keel. For exercise, in addition to a physical yoga practice, I tend to favour natural movement such as swimming and walking. I find freedom in swimming underwater – and exploring instinctive and novel ways of moving. Booted and suited for the weather, I also love walking up local hills to visit ancient and mysterious settlements. My friend is not “into” yoga and meditation. The local pool was closed – and so I suggested a walk.

We live deep in the heart of the gorgeous Scottish countryside and are fortunate to be surrounded by the presence and majesty of the Southern Uplands, as well as farmland and meandering rivers. I wondered if time spent outdoors, using the rhythmic and grounding act of putting one foot in front of the other might help my friend. As well as increasing the heart rate and deepening respiration, the repetitive action of walking can allow something to shift and change.

I asked my friend to choose a route they might enjoy, and we set off. The day was bright and cold, with high clouds and a light breeze. As we progressed, to help them feel grounded, I drew my companion’s attention to the quality of the light, the scents on the breeze, to feel each step and
allow the body to soften – inviting a sense of recoil up from the ground.  Softening around the spine and shoulders, feeling a gentle bounce up from the ground through the feet and the legs into the body– like a soft wave.

Passing a cottage on a main road, we came across an intrepid hen that had separated from the others and was tentatively heading for the road – while cars whizzed past. We knocked on the cottage door. The owner of the feisty chook shoved on her shoes and effected a swift rescue.

On a bit, we climbed over a small style to visit some winter-quiet bee hives in a sheltered clearing and imagined the small creatures inside, the workers clustered around the queen, protecting her until spring became warm enough to allow flight and nectar-foraging once more.

Someone was burning wet wood and its acrid smell drifted on the air.  This aroma was soon replaced by the scent of fresh manure, heaped at the side of a field, steaming and ripe in the cold air – waiting to be spread on the soil to nurture the new season’s crop.

Although spring was still a promise, the birds’ behaviour was starting to change. Their calls were becoming more insistent, more territorial in preparation for the mating season.

As we walked, I described techniques that could be used so that walking becomes
a form of moving meditation. Here are a few of them:

∞     Breathing in for four and then breathing out for six or eight – whatever ratio allows a lengthening of the outbreath to engage the parasympathetic nervous system (the opposite of fight or flight) which has a natural calming effect.

∞     Bringing the thumbs to the tip of each finger in turn, index, middle, ring and little finger – repeating Sa-Ta-Na-Ma, from “Sat Nam” or “I am truth”.

∞     Using a mantra that means something personal.  Because my friend felt low, they wanted to use a mantra to help create the right internal conditions for self-acceptance, while bringing them into the here and now. We both chose to walk in time to the words “I am right here” – co-ordinating the internal repetition with the natural rhythm of the pace. We could have chosen a traditional yoga mantra in Sanskrit, maybe “So Hum” (I am that) or “Om Ganapataye Namaha” (the Ganesha mantra for removing obstacles).

And so, we continued, treading hill and vale. Often silent as each of us engaged with our internal landscape.  Later, I noticed my companion’s outlook – as well as their complexion was brighter. Their tread on the earth was lighter, they were more open and at ease with themselves and others around them. I even noticed a sense of playfulness absent earlier.

Yoga is so much more than asana (postures). Yoga is the state of being in harmony (or union) with
ourselves – and the Universe. The biggest challenge can be remembering to take yoga off the mat, and out into the world and into our daily lives.